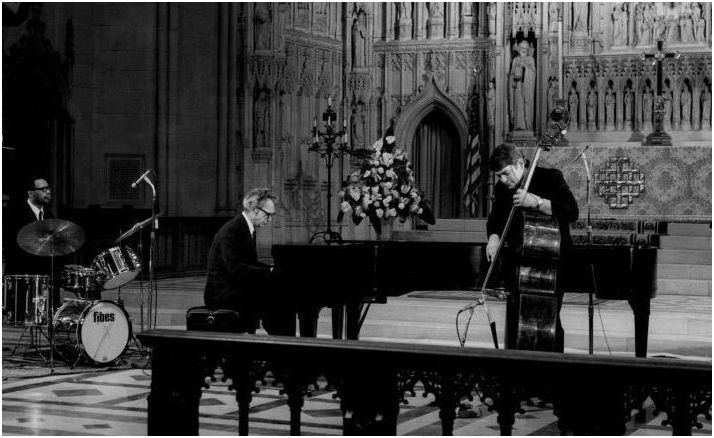 Dave had been stockpiling ideas for long-form classical compositions and had worked on some of them off and on for years. He needed extended periods to bring them to fulfillment. Concentrating on these big works, Brubeck produced his first oratorio The Light In The Wilderness (1968), followed by The Gates Of Justice (1969) and Truth Is Fallen (1972), all recorded.

He has composed six other works for orchestra and chorus, including the Easter oratorio "BELOVED SON" and the Christmas cantata La Fiesta De La Posada (Sony Masterworks IM 36662), which has received hundreds of performances in the Christmas seasons since its publication. For Pope John Paul II’s visit to San Francisco in 1987, he wrote a chorale and fugue, "UPON THIS ROCK," which was heard in Candlestick Park by 70,000 people. He has also written a mass, two ballets, including the widely performed Points On Jazz and "ELEMENTALS" (from Time Changes CS 8927) for orchestra. As the titles of his large works suggest, Brubeck feels deep ecumenical religious conviction. He carries it with no trace of pretension or preachiness. 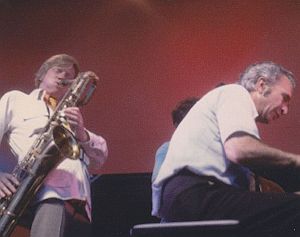 After 1967, although often immersed in composition, Brubeck continued to perform with a quartet. There were many concert tours and a number of recordings with his old friend Gerry Mulligan in a group with Alan Dawson and Jack Six on drums and bass ("SAPITO,""RECUERDO," "ST.LOUIS BLUES"). He and Desmond performed in separate groups at the 1969 White House celebration of Duke Ellington's 70th birthday. 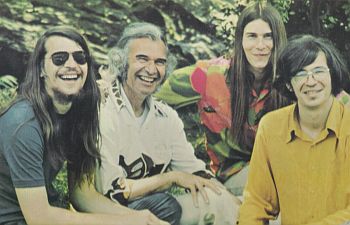 As the 1970s unfolded, so did the careers of three of Dave's sons. He had done financial planning to provide for the educations of all six of his children, with no thought that they would choose his career. But, perhaps inevitably, some of them did. Just as inevitably, they wanted to work with the old man. A new quartet evolved. At first it was called Two Generations of Brubeck, a name Dave resisted, then The New Brubeck Quartet. What­ever it was called, it had Darius on a variety of electronic keyboards, Chris on electric bass and bass trombone, and Danny on drums. On a few occasions when Desmond rejoined the family for special concerts, Danny quickly became one of his favorite drummers.

In 1974 when I visited the Wilton Hilton, the Brubecks were preparing material for a world tour. In an interview that appeared in the magazine Different Drummer, long since defunct, Dave told me, "I'm just a side-man. I do what the kids tell me." The progress of the rehearsal suggested otherwise; leadership dies hard. The tour was a success. Dave has performed ever since with various combinations of his progeny, and now among them the youngest, Matthew, a cellist (Quiet As The Moon Music Masters 65067).

As 1976 approached, an irresistible idea suggested itself to a promoter, who suggested it to Brubeck, who with trepidation suggested it to Des­mond, Wright, and Morello; a tour to celebrate the 25th anniversary of the Dave Brubeck Quartet. To Dave's surprise, the other three liked the idea. So, there they were, on the road again eight years after everyone had agreed to put the road behind them; 25 cities in 25 days, traveling in a customized bus on an expedition that brought the four even closer, partic­ularly Desmond and Morello. 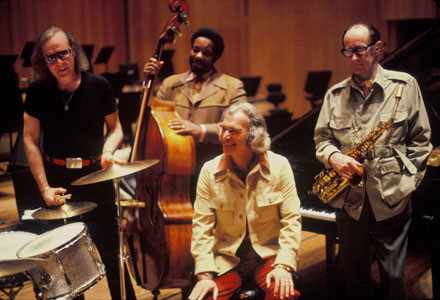 During the tour, there was a worsening of the eye problems that had plagued Morello all of his life. Already without vision in one eye because a detached retina could not be repaired, he began losing what little sight remained in the other. At first, Morello recalls, Brubeck wanted him to hold out to the end of the tour but when he realized the seriousness of the threat to Joe's retina, insisted that he leave the tour and return to Boston, where his doctor was eventually able to operate and restore slight vision. Danny Brubeck took over the drum chair for the remaining three days of the tour.

Before they parted, Morello extracted a promise from Brubeck that they would all play together again. But before a projected tour of Europe could be planned, a medical checkup for a minor complaint uncovered the devastating fact that Desmond had lung cancer. Chemotherapy 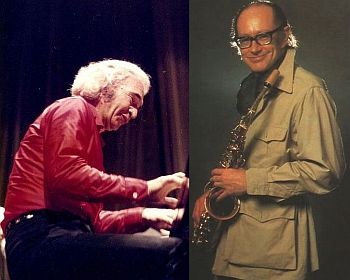 showed no effect against the disease and caused side effects Paul was unwilling to endure. He led as normal a life as possible under the circumstances. He went on tour with the Brubeck family group, even joining them in Mexico. His last concert was with the Brubecks at Avery Fisher Hall in New York City, February 4, 1977. He even recorded on a Chet Baker date a few days before his death. Brubeck says Morello was devastated.

"Toward the end of Paul's life, Joe was so torn up by his being ill," Dave says. "He insisted that one of his drum students stay with Paul and look after him." The student, Steve Forster, had also helped Morello through his crisis.Charles Mingus, Desmond, and Brubeck remained friends. Mingus sat at Paul's bedside in May of 1977 when Desmond was dying. Once, as he awakened, he saw Mingus, a massive figure in his black hat and cape, looking down at him. Nat Hentoff told the story in the Village Voice:"Paul, his eyes opening, struggled to focus on the apparition and then, sorting through memory, found the hooded harvester in The Seventh Seal.’Okay,' Paul said to Bradley Cunningham, who was standing near his bed, 'set up the chess board.'"And grinned." Paul died on Memorial Day. He was 52.


Brubeck's own heart problems have been addressed by the miracles of modern cardiac surgery in the form of a triple bypass operation. One of his newest compositions, Joy In The Morning, celebrates the gift of life. It is based in part on the 30th Psalm, which among other stanzas of joy and gratitude, reads: "Oh, Lord my God, I cried to thee for help, and thou hast healed me." Joy In The Morning was given its premiere in the summer of 1991 by the Hartford Symphony and Hartford Chorale. 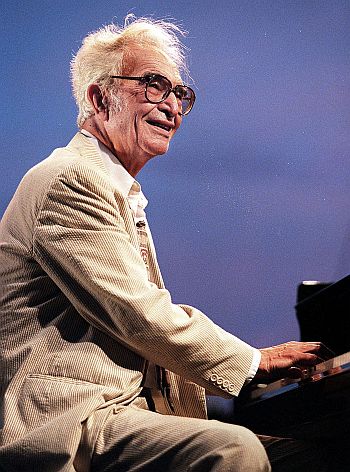 71 at this writing, Brubeck is composing and improvising with the same zeal and energy he has shown for more than 50 years. There's a good deal of traveling, because demand for Dave Brubeck never seems to stop. When he goes, lola is with him, in Moscow playing for Gorbachev and Reagan, in London on his 70th birthday performing with the London Symphony, in Monaco conducting clinics for young musicians, in a plush room high in a hotel in Santa Monica looking at the beach where, not so many years earlier, a cramped little cottage was their latest refuge from the road and they dreamed of a home of their own.

And back in Wilton when it's quiet and plans have been made for the compositions, concerts and tours to come, they think about the struggle they shared, as a young cowhand unable to read music transformed himself into one of the most celebrated musicians in the world.”