The Brubeck family organized a community celebration honoring the life and career of the legendary the jazz musician on Saturday 12th January.

Darius, Chris & Danny are joined by The Choirs Of St. Mathew's
Episcopal Church, The Wilton Singers & The Wilton Madigal High
School Singers In honring the life of Dave Brubeck.

When the Brubeck family organized a community celebration honoring the life and career of the legendary the jazz musician, they made sure to make it something special for the community the family man called home.

Clune Auditorium at Wilton High School was packed on Saturday evening for a celebration to commemorate the life and music of legendar jazz man, Dave Brubeck. At a concert organized by Brubeck's family, musical greats and town officials joined to honor Brubeck as a man dedicated not only to music but to his family and the town he loved and which inspired many of his compositions. 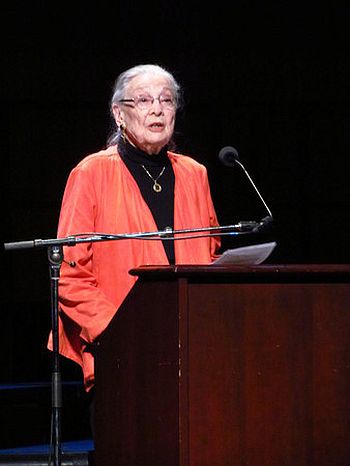 Janet Crystal, the marketing communications manager for Wilton Library, which helped the Brubeck family with some of the organizational details for the evening's show, said that the concert was planned to be something just for the community Brubeck called home.

"The family didn't want news to get out about the concert until last minute because they didn't want the news to spread outside of Wilton. This really was meant to be just something special for the town," she noted.

Three of Brubeck's sons—Darius, Chris and Dan—stayed on stage most of the evening and played with musical guests to play hommage to their father and the songs he wrote and composed. Other special figures in Brubeck's life spoke to his talents and recalled the memories they had of the man as father, community figure and philosopher.

Wilton's First Selectman Bill Brennan offered tribute, as did Wilton's State Senator Toni Boucher and State Representative Gail Lavielle, who read the proclamation they made in the Connecticut Assembly. And there was a moving introduction from Brubeck's widow, Iola, who described their love for the life they found after moving to Wilton from California.