Chris Brubeck who played with Randy for several years and recorded many albums together paid tribute to Randy in a Facebook posting. 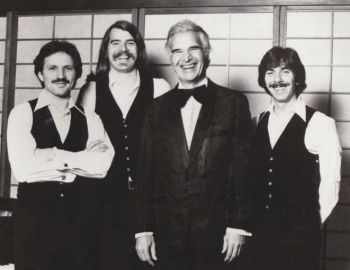 "Randall Hodges Jones was born January 23, 1944 in Slough, UK, and died of heart failure on June 13, 2016 in New York City. Randy started playing professionally at the age of 16, touring with many bands, including the Maynard Ferguson UK Big Band, which brought him to the U.S. He joined the Dave Brubeck Quartet in April 1979 and played with the DBQ through Dave’s retirement in 2011, recording over 21 albums with the Quartet. Randy was noted for being a versatile drummer, capable of swinging a big band or dynamically weaving intricate patters in the Quartet’s odd time signatures. As an avid collector of classical recordings, Randy’s solos reflected that interest with an unusually strong sense of melodic form and compositional structure. Randy’s wit and keen sense of observation and humor always made life on the road more enjoyable for Dave and the rest of the band. He will be greatly missed by his family, many friends and fans around the world."