"We'd made a very concerted effort to stay away from Dave's material," Chris Brubeck said. "But we knew he was getting older and wouldn't live forever." So, they revisited some of their father's jazz music on "Lifetimes," an acclaimed 2012 album by the Brubeck Brothers Quartet. "My brother Dan and I and Chuck Lamb the pianist and Mike DeMicco the guitarist really wanted to let Dave know how much what he stood for meant to us," explains Chris Brubeck.  "We would come back from the studio and say 'hey dad, look at this take we did of your tune.'  And he would just shake his head when he'd hear Mike DeMicco play some blazingly fast run from one of his tunes." 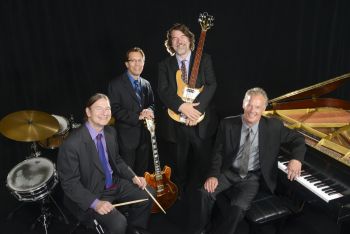 "Respect for his music always is growing and deepening," said Chris. "While he was around to appreciate it, we re-arranged some of those tunes on 'Lifetimes.' He also saw the record be very successful as straight-ahead jazz."

The album stayed in the JazzWeek top 10 for two months prior to Brubeck's death on Dec. 5 at age 91.

Chris said his family was "overwhelmed" by the reaction to his father's death.

"There were some very moving, interesting and beautiful things," Brubeck said. "If we weren't aware - which we were - it was really brought home internationally. It reminded us, as a family, how many lives and jazz fans he touched. The clichés of what a jazz guy should be? Dave was none of those things. Time and biology caught up with him. He had a great life."

Chris added ,"You know how it is when, like part of your tooth falls out and your tongue feels this gaping Grand Canyon of a hole? We all sort of thought we would feel that way emotionally now that Dave is gone. But, he left so much behind that we don't feel that way. We don't feel empty."

"When you think of the scope and the variety and the richness of the material and the fact that it's being reworked and recreated constantly," adds Simon Rowe, "I think there's no way that we can't feel his presence around us."

For a piece written after the event by Howard Mandel, for his blog "Jazz Beyond Jazz " titled "Marsalis in Stockton, the Dave Brubeck Institute and Take Five", go here.