The Gates of Justice to get revival for 3-Day Festival 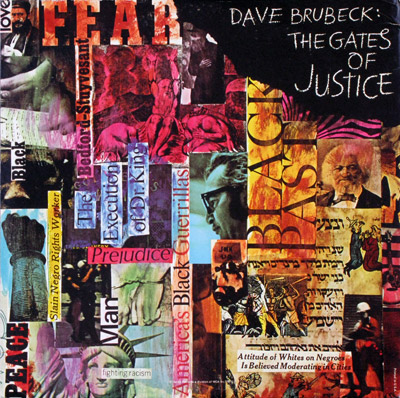 The Lowell Milken Center for Music of American Jewish Experience and the UCLA Herb Alpert School of Music will present Dave Brubeck’s “The Gates of Justice” as part of a three-day festival entitled “MUSIC AND JUSTICE.”

The festival kicks off on Feb. 26 and runs through the 28th with the historic showcase of Brubeck’s work (composed in the aftermath of the 1968 assassination of Dr. Martin Luther King) taking place on Feb. 26 at Royce Hall on the UCLA Campus. Adding to the momentous nature of the event is that Brubeck’s sons will be the accompanying jazz trio for the first time. Vocal soloists include Phillip Bullock and Azi Schwartz.

“The Gates of Justice’ was deeply important to the Brubecks on a personal level,” said Jeff Janeczko, the Curator at the Milken Archives, in an official press statement. “And it is a testament to Brubeck’s skill as a composer that we can stage ‘The Gates of Justice’ today and appreciate it for having stood the test of time, musically.

“We hope that the work’s central message, drawn directly from the words of Martin Luther King—’If we do not live together as brothers, we will die together as fools’—will resound far beyond the walls of the concert hall.”

There will be an additional performance on Feb. 28 and a day full of talks and discussions on Feb. 27, 2023.